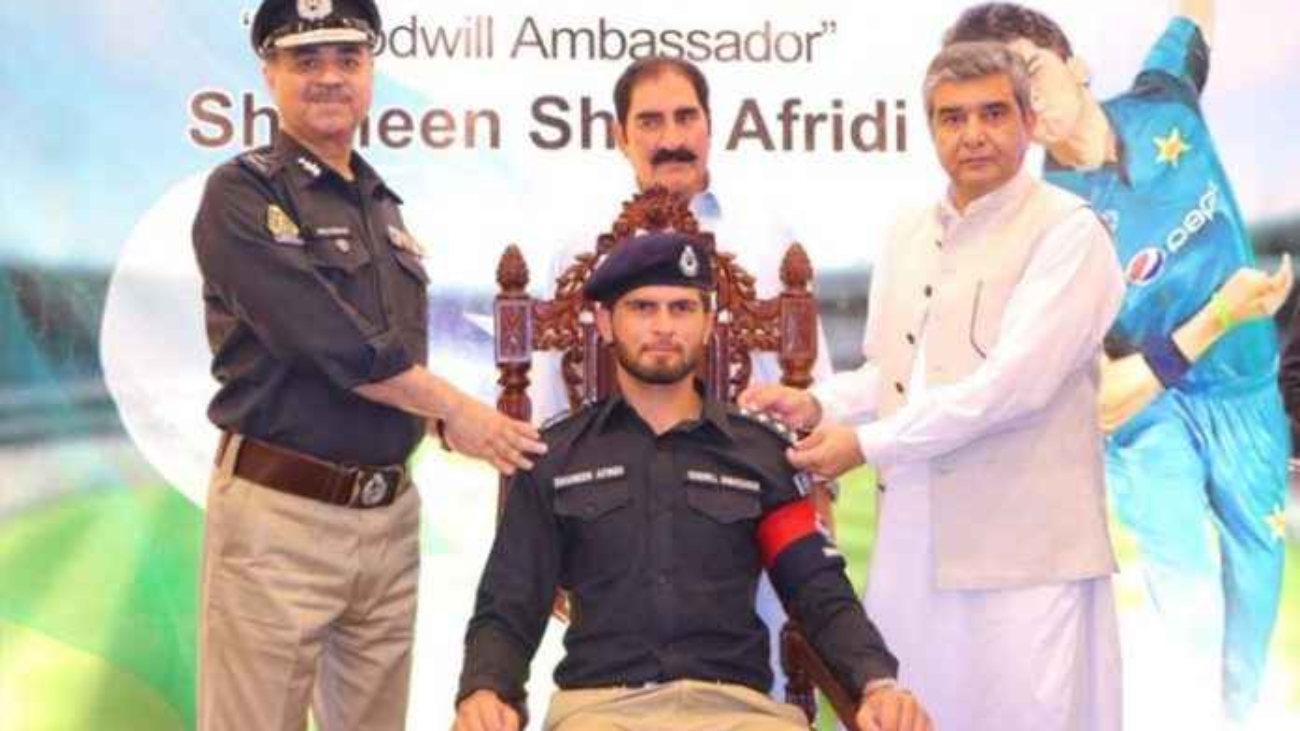 Pakistan’s star fast bowler Shaheen Shah Afridi has become the Deputy Superintendent of Police DSP of the country’s law enforcement police. The national team star has been appointed by the Pakistan Police as their goodwill ambassador.

Shaheen Shah Afridi Police Officer has become the goodwill ambassador of the KPK police after being appointed to the honorary post of Deputy Superintendent of Police. On Monday, Pakistan’s Pakhtunkhwa police officially promoted the star to the rank of DSP. The young pacer is having a great time at 22 yards of cricket.

Pakistani police hope Shaheen Shah Afridi will brighten the image of the KPK police. He will work to restore people’s confidence in the police. Good relations will also be established between the people and the police. Afridi was given the rank of DSP at a function in Peshawar. He was dressed and given a badge by senior police officials.

The father of this cricketer was also a police officer. He said that one of his brothers is also working in the police at present. He paid homage to the martyrs of Pakhtunkhwa police department.

He has been having a great time since making his international cricket debut for Pakistan. The batsmen are ruling at 22 yards. He has taken 95 wickets in 24 Tests. His victim in 72 ODIs is 72 batsmen. He has already taken 48 wickets in 40 international T20 matches.