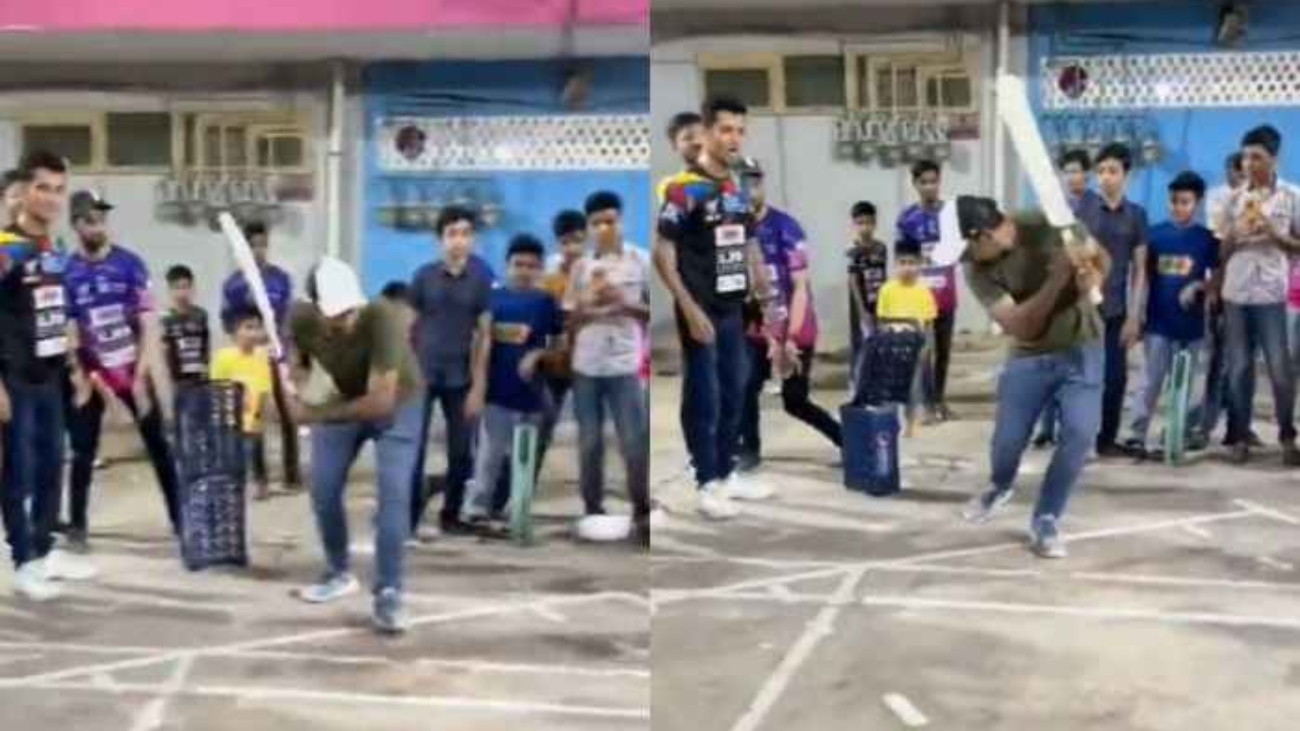 No batter likes to be out, however, if the bowler is his own child, then there should be no regret even if he is bold. That is what happened to former Pakistan captain Sarfaraz Ahmed, Sarfaraz Ahmed was bowled by his 5-year-old son Abdullah, video gone viral in the net world.

Abdullah bowled his father Sarfaraz Ahmed in a great yorker while playing street cricket. The video quickly spread on social media. This is not the first time that a video of Abdullah bowling has gone viral on social media. Former Pakistan batsman Basit Ali was dismissed in the service out swing delivery.

However, Sarfaraz Ahmed’s son did not choose cricket as his career. In an interview to a Pakistani TV channel, Sarfaraz Ahmed said, “Abdullah is very interested in playing cricket. But I don’t want him to be a cricketer. ‘

‘As a cricketer, I have faced a lot of things. I don’t want Abdullah to go through that either. It’s human religion, as a cricketer I would like my brother or son to get a direct opportunity, otherwise it will feel bad. ‘