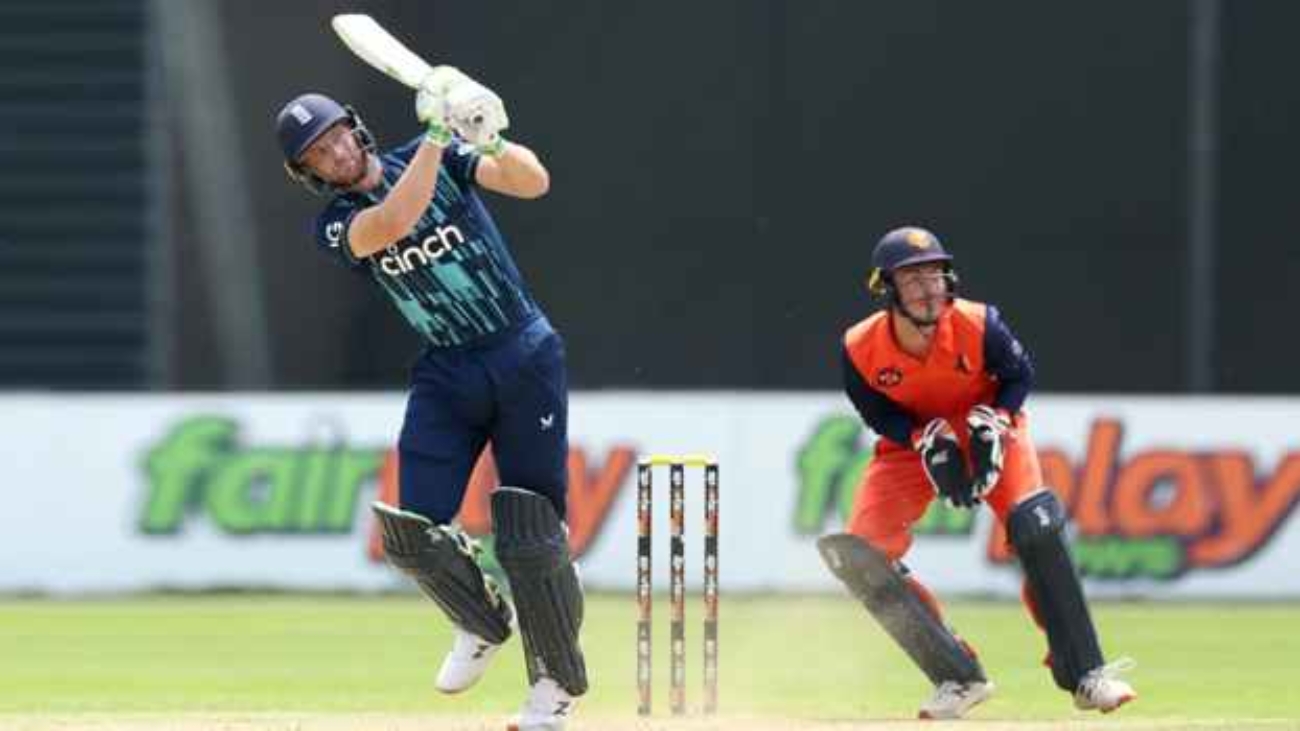 There were not many regular cricketers for the Test series against New Zealand. But there is little care for the butlers-malans. There could be nothing more nightmare for the Netherlands than the murderous statue that the English batsmen held that day.

The English also held the record for most runs in an innings in ODI history. England set a record of 481 runs at Trentbridge against Australia in 2016. They broke their own record against the Netherlands and rewrote it.

For several years now, England has been playing the policy of attacking the opponent’s bowlers with the bat from the very beginning. The English have got success in this mantra that they have to hit from the first ball.

A new culture in ODI cricket has been introduced through England. The English batsmen are not willing to give the opponent a minimum place to influence. A glimpse of him was seen today against the Netherlands. It would be wrong to say a glimpse, the English batsmen showed the whole movie.

The Netherlands faced the world champions on Friday (May 17) at 3pm Bangladesh time at home in Amsterdam. The Dutch bowlers were overjoyed when English opener Jason Roy returned early.

Dutch cricketers have no place in the story of the whole innings after that. Because four English batsmen throughout the rest of the story. Phil Salt, David Malan, Joss Butler and Liam Livingstone. The English openers were calm in the first ten overs. That run came at that time, the storm they started since then only stopped because of the end of the specified over.

Otherwise, who knows where the team score would have stopped in the way wicketkeeper-batsmen Joss Butler and Liam Livingstone started cutting in the last 20 overs! Phil Salt and David Malan put on 223 for the third wicket. In 28.5 overs, the ball was mostly off the field. Both have scored their first centuries in ODIs.

Joss Butler came on the wicket when Salt returned. The Netherlands may have thought that the storm might have stopped for now. But there is a saying, ‘The better the day, the worse the day.’

The Dutch bowlers may have been thinking something like the above proverb after watching Joss Butler’s sixes one after the other. Having played in the IPL a few days ago, he has become the highest scorer of the tournament in the flood of runs.

You may have forgotten the ODI format you are playing today. If not, how can anyone score a century in 46 balls in an ODI match! It’s not unbelievable, of course, but there’s a century in ODIs. What Butler has done with the bat today is to make the Dutch bowlers want to know what it will be like to bowl in front of him in the rest of the series.

When so many batsmen of the team play such a tornado innings, one has to look at the team record. However, during the 1st ODI between Netherlands vs England 2022, they hold the record of highest runs in an innings. 481 to 498! Ish, it would have been five hundred if it was a little, what, this kind of feeling is happening, isn’t it?

In 498, the world champions set the record for most runs in an innings in ODI and List ‘A’ cricket. The most interesting thing is that this is not the first time that England has broken its own record.

Sri Lanka set a record of 443 runs against the Netherlands in 2006. The record lasted ten years. The English broke this record against Pakistan in 2016 and averaged a new record of 444 runs.

The record that was ten years old has been broken by England three times in the last six years. They broke the record of 2017 in 2017. Eoin Morgan’s team scored 481 runs against Ajit. After four years, they broke their own record again. The 2019 World Cup winners set a new record of 498 runs by adding 18 runs to the previous record.

The English batsmen have hit a total of 26 sixes in this match. Which is also a new record. Time to be surprised once again! Because, here too, the triumph of the English. In this record also they have rewritten their previous record.

In 2019, West Indies set a record by hitting 23 sixes in a match. That did not last even a year. Within a few months, the English broke the record and wrote in their own name.

The situation is such that no record in the history of cricket is safe for England now. Today they have set two records that were set by them. The record of 500 runs for just two runs could not be reached, but it can be said that very soon ODI cricket will see the first 500 in the hands of England.