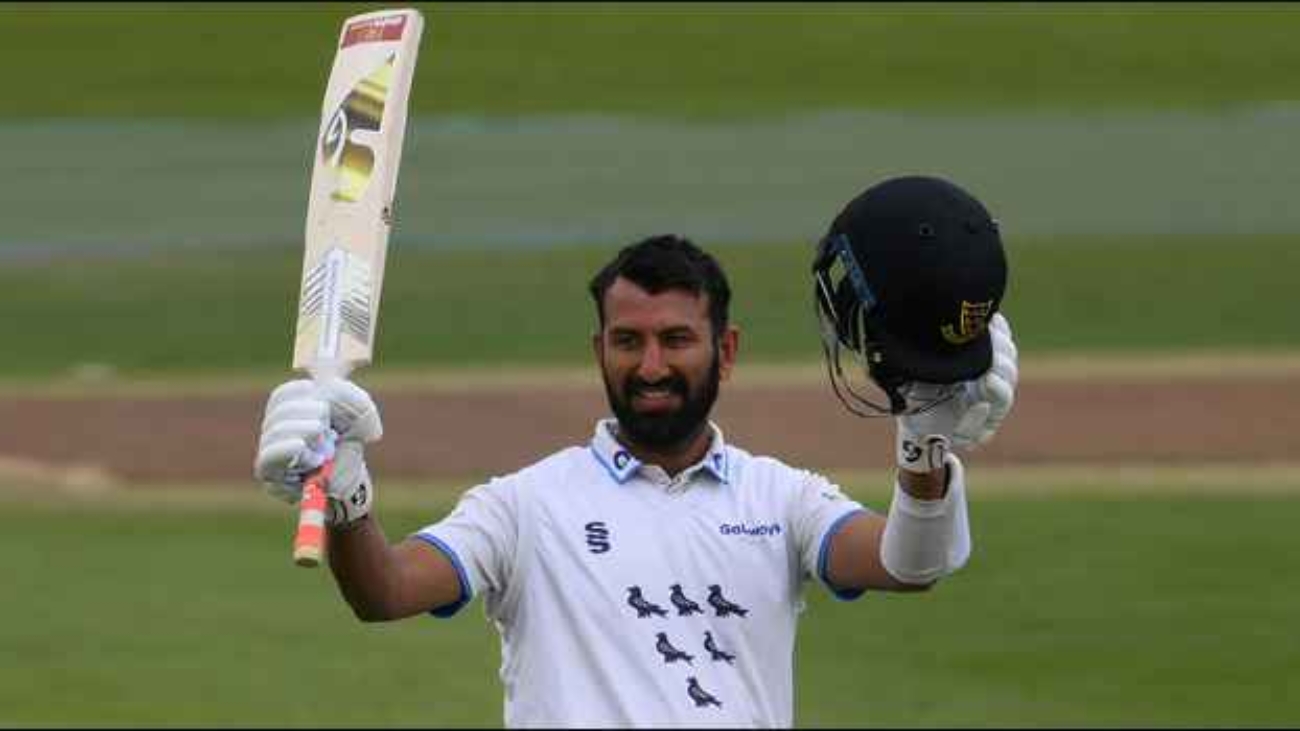 Cheteshwar Pujara, who was left out of the national team due to off form at the beginning of the year, has become a run machine. Cheteshwar Pujara scored his third double century in the tournament in the seventh match in county cricket 2022 for the club. He broke several records in this bicentennial.

Suffering from a run drought before the current county championship, the batsman seems to have chosen Sussex as a platform to find himself.  Sussex play against Middlesex at Lord’s, the cricketing shrine. Pujara’s 231 runs in this match ended Sussex’s innings at 523 runs. Pujara’s innings not only put Sussex in a good position in the match, but also created a few new records.

Not only that, Cheteshwar Pujara hit the first double century even though many Indian cricketers have tasted centuries at Lord’s. Lord’s is used as Middlesex’s home ground in county cricket. Earlier, Virender Sehwag had scored 130 runs, the highest among Indian cricketers against the team. He made this record for Leicestershire in 2003.

Cheteshwar Pujara was on the field for 533 minutes playing 403 balls to play this innings of 231 runs in this match against Middlesex. 21 fours and 3 sixes came from his bat during this period.